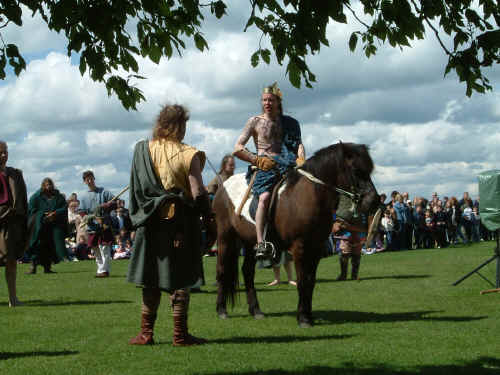 In 2003 we managed to get out and about a bit with the horses and organised a couple of shows at Oakfield Farm. These pages are just a little taste of what went on. I hope you enjoy them.

Spring Show. The Spring Show was at Oakfield Farm and had a good turnout. I didn't get many photos as I was on the microphone most of the day.

Vikings at Tutbury. Five people had horses at Tutbury and joined in with the Vikings of Middle England on the battlefield.

British Championships 2003. We boxed up to West Tarf  and took part in the show. It was really nice to take part in a well organised show that I was not involved in running. Well done to all the West Tarf gang.

Vikings at Rockingham. Again we joined in with the Vikings of Middle England. 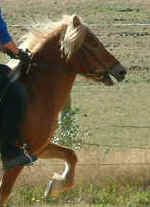 Autumn Show. This was an Oakfield Icelandics show which allowed us to relax the rules a litle and have a fun weeeknd. Many thanks to Graeme and Melville for  photos

Back to the Oakfield Home Page